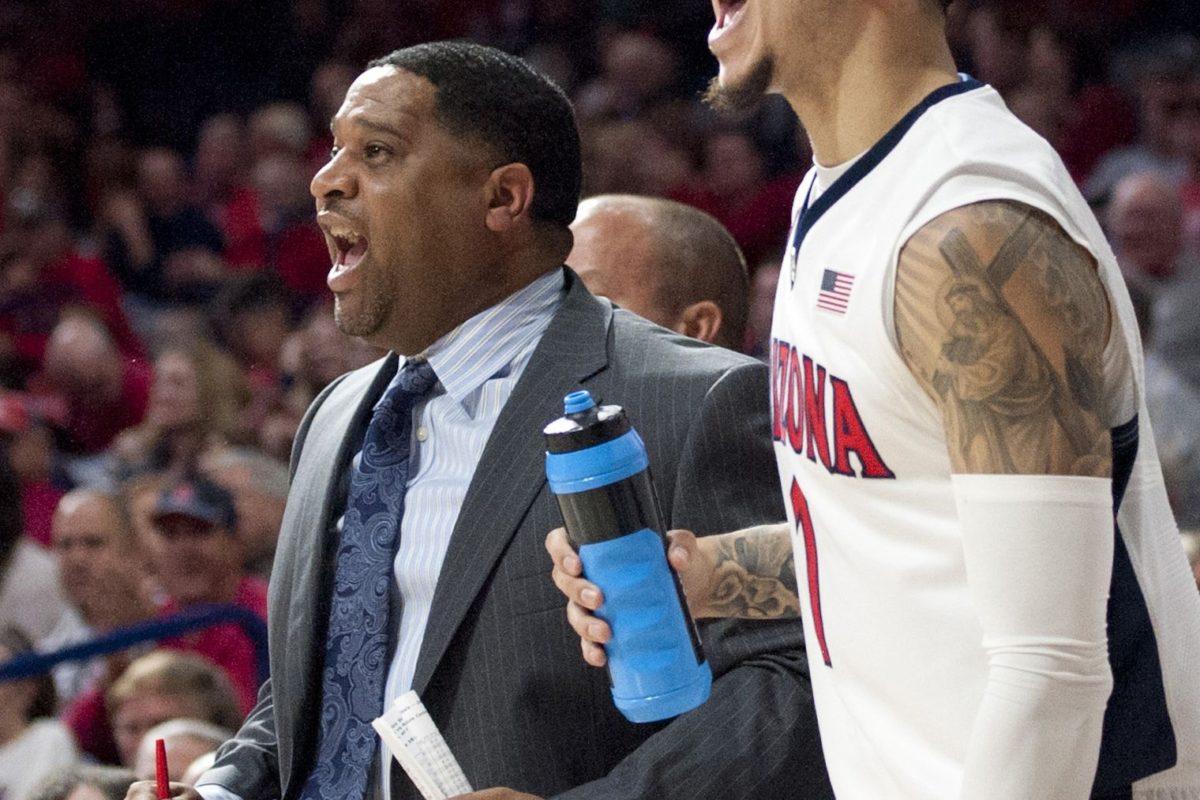 NEW YORK — An Adidas employee and three college basketball assistant coaches were each released Tuesday on $100,000 bonds and face a Nov. 9 preliminary hearing in the Southern District of New York. In connection with the college basketball scandal that was announced last month by the FBI and US Attorneys Office for the Southern District of New York, Merl Code of Adidas, Arizona’s Emanuel “Book” Richardson, USC’s Tony Bland and Auburn’s Chuck Person appeared before Judge Katharine Parker in Room 5A of the Daniel Patrick Moynihan Courthouse in lower Manhattan on Tuesday afternoon. Financial manager Rashan Michel also had his initial appearance Tuesday. None have been indicted. The five men now await a preliminary hearing Nov. 9 and a trial date, the latter of which is expected within 70 days. All of the men had to surrender their passports and had their travel limited to the areas where they live and travel to and from New York. The five men were among 10 people arrested Sept. 26 and accused of helping to bribe high school recruits to attend certain colleges and sign with agents and financial advisers, and eventually with Adidas as a sponsor, when they turned professional. “It’s an important thing not to rush to judgment,” said David F. Axelrod, one of two attorney’s representing Richardson. “It’s a tragedy for a truly decent human being.” Wearing a dark blue suit and a red tie and flanked by his wife Erin Richardson and several friends, Richardson shook a reporter’s hand before entering the courtroom. He and Bland both appeared together before the judge, along with their attorneys, while Code and Person each appeared only with their attorneys. Craig Mordock, Richardson’s other attorney, said his client was arrested at about 6 a.m. on Sept. 26 in Arizona, and the whole thing was a “blur” to him. Bland was arrested in Florida at 9:20 a.m. that day. “Book is not guilty today, he was not guilty two weeks ago and he’s not guilty tomorrow,” Mordock said, according to Tucson.com. “He will remain not guilty until the government presents evidence that says he is.” Axelrod added that Richardson was “completely shocked” by the arrest. Richardson faces up to 60 years in prison and a $1.5 million fine but Axelrod said of the time in prison, “That’s clearly not a practical possibility.” According to the federal complaint, Richardson accepted $20,000 in bribes and then funneled $15,000 of it to the mother of a high school basketball recruit who committed to Arizona in August. That recruit has been identified in various reports as Hudson (N.J.) Catholic senior point guard Jahvon Quinerly, who committed to Arizona on Aug. 9. Quinerly told reporters in Colorado Springs, Colo., this past weekend that he has hired an attorney of his own, Alan Milstein. Asked by reporters if he took the money, he said, “I have no comment.” Adidas’ Jim Gatto and Oklahoma State’s Lamont Evans are scheduled to make their appearances Thursday. The four basketball coaches — Person, Bland, Richardson and Evans — have all either been placed on leave or fired by their universities. The scandal also cost Louisville AD Tom Jurich, head coach Rick Pitino and assistants Kenny Johnson and Jordan Fair their jobs in connection with Adidas’ alleged payment of $100,000 to the family of current freshman Brian Bowen. For more on Bowen and the Louisville scandal, read our New York Times story here. Photo: USA Today Follow Adam Zagoria on Twitter