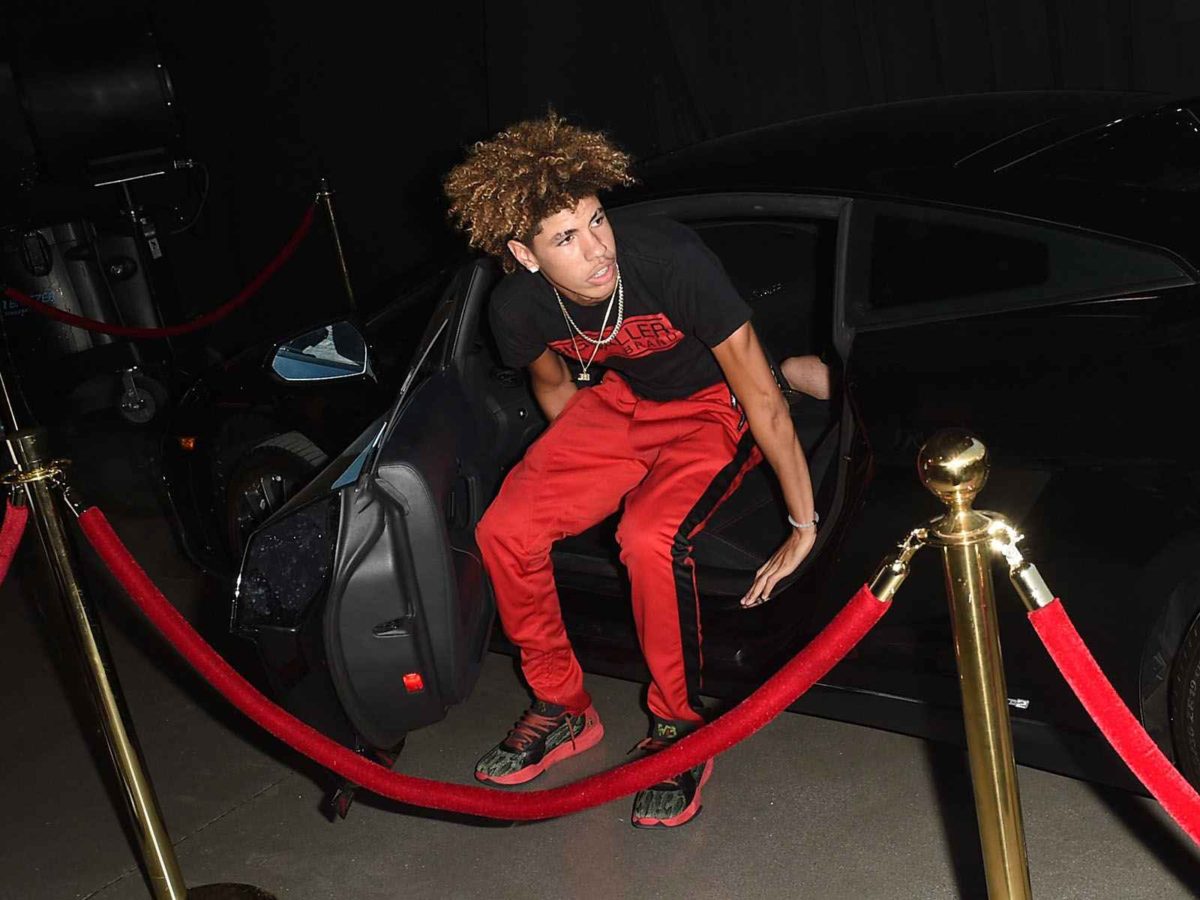 Nearly three weeks after saying LaMelo Ball could “sit out” his college career and prepare for the NBA if the NCAA rules him ineligible because of his signature Big Baller Brand sneaker, LaVar Ball has apparently decided to pull his youngest son out of high school, too.

The 6-foot-3 Ball is a junior at Chino Hills (CA) High School who has verbally committed to UCLA, but his father says he will now home school him and train him in basketball. “It’s good for Melo,” LaVar told the Los Angeles Times, adding that he had had concerns over new Chino Hills coach Dennis Latimore. “Less distractions. He just needs to focus.”

LaMelo now won’t play organized ball until the AAU season begins in April. “They’ll have to sit back and wait,” LaVar told the Times.

He added that his son still plans to enroll at UCLA, where one older brother Lonzo Ball spent last season before being drafted No. 2 overall by the Los Angeles Lakers. LiAngelo Ball, the middle of the three brothers, is also a UCLA freshman. LaMelo Ball is set to enroll at UCLA in 2019 and would be eligible for the 2020 NBA Draft.

LaVar said on ESPN’s “First Take” about three weeks ago that his son could also skip college if the NCAA makes him ineligible over his new sneaker brand. “When it comes to basketball and you’re good, you just better be ready for [NBA] training camp,” the elder Ball said. “So they can’t stop me by saying, ‘OK, he’s not going to the NCAA.’ Who cares, he won’t go to the NCAA. “‘Oh, he better go overseas.’ Why? All he gotta do is be faster and be stronger and when it’s time to prepare, we can sit out for as long as we want. If they’re going to give him a chance, they’re going to give him a chance.” Ball, has “meticulously designed and inspired” the “MELLO BALL 1” or MB1, which is available for sale on BBB’s website for $395. BBB calls the MB1 “the first signature shoe launched by a high school basketball player.”

This has led to concerns over LaMelo’s college eligibility, as Sports Illustrated’s Michael McCann detailed here. “I’m good with that on the fact that they’re not even looking at it like, OK this father just gave his son a shoe so he can perform better to his liking,” LaVar said. “The only thing they’re worried about is the money,” LaVar added. “How you thinking about, not saying that the shoe looks good or nothing like that. The first thing they’re trying to say is how can we make him ineligible? This has never happened before so you don’t even have a rule for it. You’re trying to find one, to say we gotta make him ineligible because he can’t be making money off a shoe.”