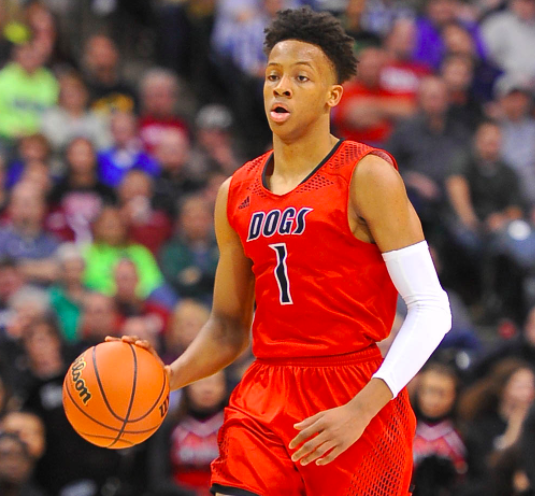 By SEAN BOCK Romeo Langford, the 6-foot-5 shooting guard from New Albany (IN) Senior High School, is now down to seven schools per Scout. According to Tim Langford, Romeo’s father, “Romeo’s seven schools are Kentucky, Louisville, Indiana, UCLA, Kansas, Vanderbilt, and North Carolina.” Currently, Langford has no visits planned but will likely decide in the spring after the high school season. The favorite right now seems to be Louisville which is just an 11-minute drive from Langford’s home in New Albany. The Cardinals have a 60% chance to land Langford according to the 247 Crystal Ball. According to 247Sports, Langford is the No. 5 overall player in the 2018 class, and the No. 1 ranked shooting guard.