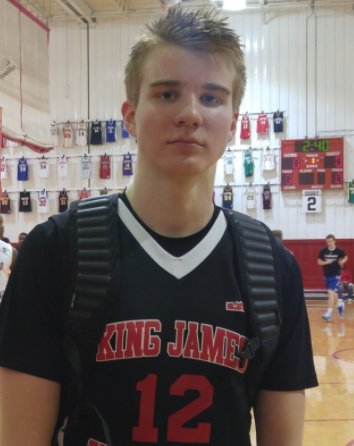 By SEAN BOCK Justin Ahrens, the 6-foot-5 shooting guard small forward from Versailles (OH) High School, cut his list of schools to three on Saturday afternoon via his Twitter.

Dayton, Purdue, and Vanderbilt were the three other schools to make Ahrens’ original final six, but it’s unclear whether he will visit any of those schools. A three-star wing, Ahrens became a can’t miss prospect this summer due to his exceptional three-point shooting ability he displayed playing with C2K Elite on the Under Armour Circuit. According to 247Sports, Ahrens is the No. 44 small forward in the 2018 class and the No. 7 player in the state of Ohio. Photo: HoopSeen Follow Sean on Twitter