Projected No. 1 Pick Markelle Fultz Works Out for Lakers 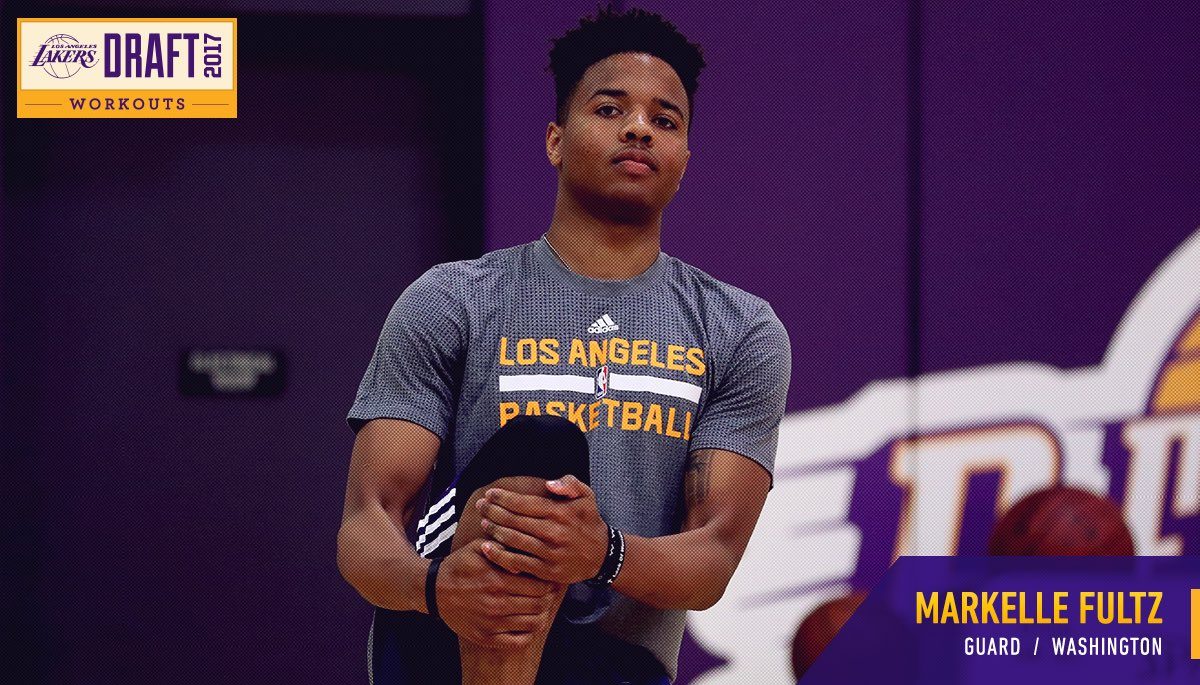 Markelle Fultz, the 6-foot-4 point guard from the University of Washington who is the projected No. 1 pick in the NBA Draft, worked out Thursday for the Lakers, who own the No. 2 pick. Fultz had only met with the Boston Celtics so far. Boston owns the No. 1 pick in the June 22nd NBA Draft, while the Lakers pick second. It remains unclear if Boston has given him a guarantee they will draft him. “I just think [I showed] the way I can shoot the ball, my work ethic, how hard I play,” Fultz told reporters.  “Just a pretty good job. They saw I worked hard. They saw that I had the mechanics to shoot the ball right.” Fultz averaged 23.2 points 5.7 rebounds, and 5.9 assists in his lone season at Washington. Meantime, the Lakers will bring in UCLA point guard Lonzo Ball for a second workout on Friday, as ESPN first reported.   Follow Adam Zagoria on Twitter And like ZAGS on Facebook