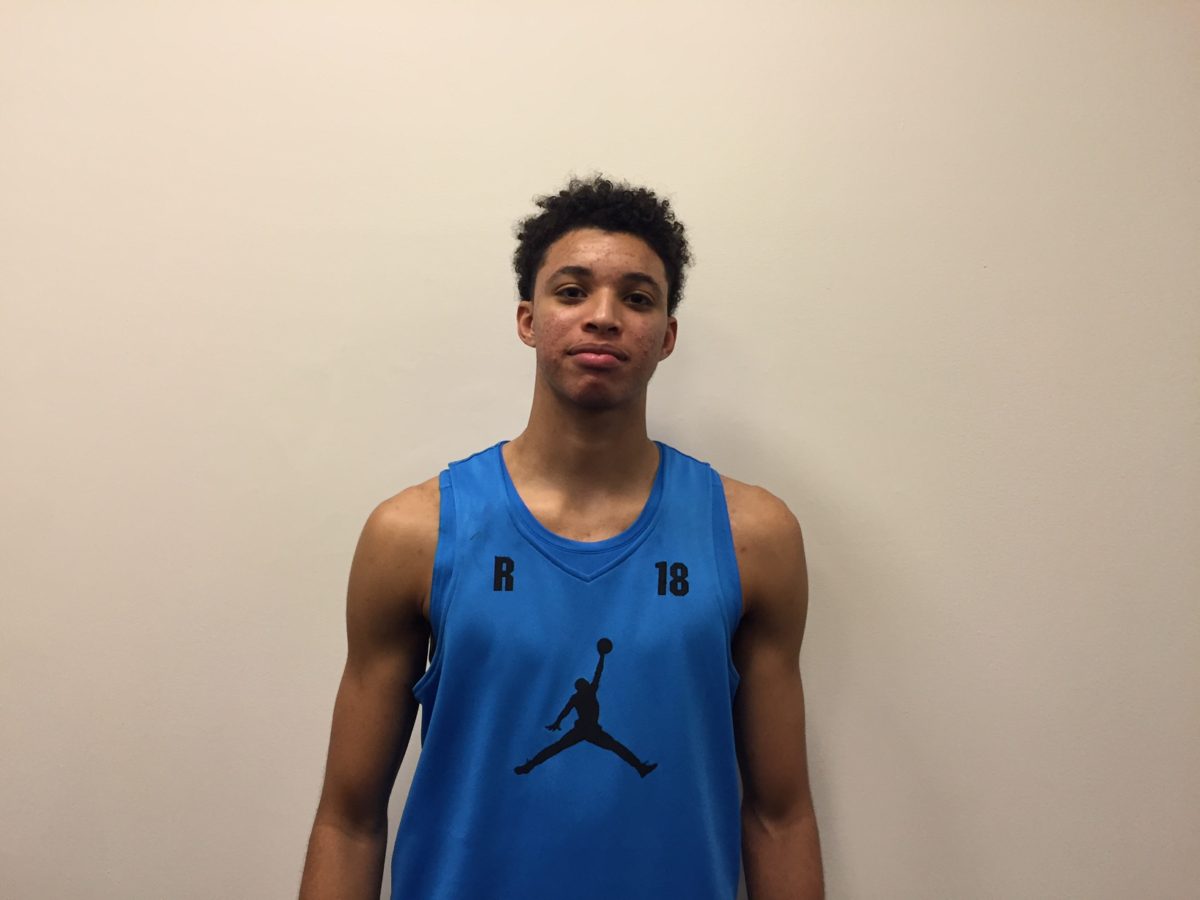 NEW YORK — New Indiana coach Archie Miller has already sewn up two-thirds of Tom Crean’s 2017 recruiting class by securing the commitments of Justin Smith and Al Durham. In a few more days, Miller could complete the trifecta assuming Clifton Moore remains on board, too. “We’re on good terms,” the 6-foot-10 Moore told ZAGSBLOG after putting up 11 points as the Blue team lost to the Red Team, 170-162, in the Jordan Regional Game at Barclays Center. “I need to call him one more time [this weekend] because the due date is Monday for the release because I asked for it 30 days ago so I’m going to try to make a decision.” After Crean was fired on March 16, both Durham and Moore asked for their releases. Durham has since re-committed (as has Smith), while Moore wants to know if Miller plans to redshirt him. They met on Sunday but Moore wants to speak with the coach again. “I was just going to ask him if he was going to redshirt me,” Moore said. “And I just need to hear it from him first. He never said it and I’m pretty confident he won’t, so I just need to call him one last time and see.” Asked if he will commit assuming there’s no redshirt plans, he said, “That’s not confirmed but we’re on good terms.” He added: “I’m focused on making the best decision but Indiana looks pretty good, the way I fit in the system. The recruits, I already know them, too. We run the same stuff. He told me where he was going to put me, transition, all that stuff.” As for what skillset he would bring, Moore said: “Versatile. I can play down low but I have a primary game on the perimeter and I can create mismatches. I can guard multiple positions and I see myself fitting perfectly in his system.”   Follow Adam Zagoria on Twitter And like ZAGS on Facebook