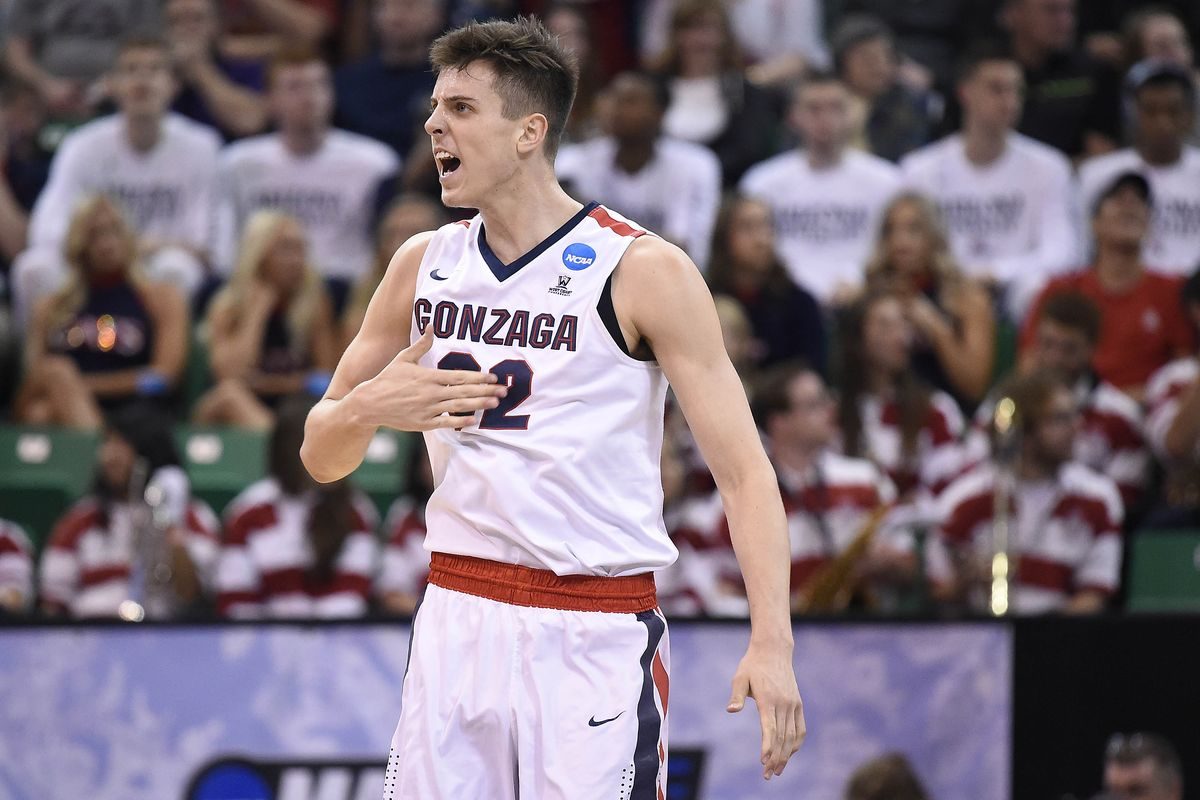 Gonzaga freshman center Zach Collins has declared for the NBA Draft, he announced Tuesday. He is exploring his options without hiring an agent at this time, but intends to hire an agent at a later date. “This was a significant decision for my family and me,” Collins said. “It was definitely one of the most difficult decisions I’ve ever had to make. I just want to thank everyone at Gonzaga, especially the coaching staff and my teammates. This season was special and something I will never forget. It was the most fun year of my life. I want to thank all of the Zag fans for all of their support and passion. I’ll always be proud to be a Zag.” Collins is currently projected as the No. 13 pick in 2017 by DraftExpress.com. “He’s the best center in the draft lottery,” one NBA executive told FanRagSports.com. “Terrific upside,” a second NBA executive said. “He will be a lottery pick by the time he leaves school.” Said a third NBA scout: “Lottery pick. Scores, defends, athletic with size and has mobility. On a less talented team, he would post big numbers.” Collins averaged 10.0 points and 5.9 rebounds per game during the 2016-17 season. He made 65.2 percent of his shots from the field, which ranks as the third best percentage in a single season in program history. It not only topped the West Coast Conference, but also ranked eighth in the country. His 69 blocked shots (1.8 per game) ranks second at GU all-time, one shy of matching Austin Daye’s program record. Collins was named Second Team All-West Coast Conference and to the WCC’s All-Freshman Team after averaging 10.2 points, 6.7 rebounds, and 1.9 blocks (2nd in the WCC) per game during conference play. He made 60.4 percent of his shots from the field in WCC action, which ranked third in the league, while his 78.1 percent shooting from the free-throw line during conference play ranked seventh.