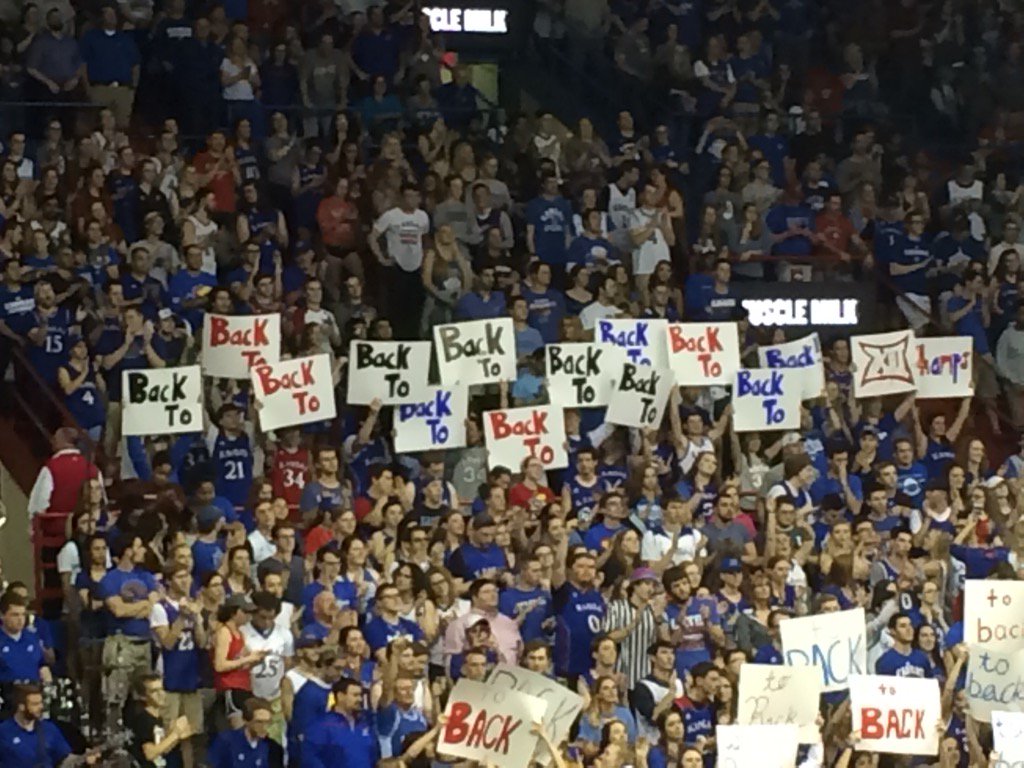 LAWRENCE, Kan. (AP) — Frank Mason III scored 20 points, Carlton Bragg provided a big lift off the bench and No. 3 Kansas pulled away in the second half to beat TCU 87-68 on Wednesday night and clinch a share of its 13th consecutive Big 12 championship. Devonte Graham added 17 points and seven assists, and Bragg and Josh Jackson scored 15 points apiece, as the Jayhawks (25-3, 13-2) cruised to their NCAA-leading 60th conference title. Their streak dating to coach Bill Self’s second season in Lawrence matches the Division I record of 13 straight league titles UCLA set in the 1960s and ’70s. To put it into perspective, Kansas has not failed to win a share of the Big 12 since the 20-year-old Jackson was 8. Kansas can clinch the outright title with a victory at Texas on Saturday.

Alex Robinson had 15 points for the Horned Frogs (17-11, 6-9), who have lost four straight and still have never won in Allen Fieldhouse. Jaylen Fisher added 11 points and JD Miller had 10. (Photo: Robert Simari) Follow Adam Zagoria on Twitter And like ZAGS on Facebook