Flat Earth Theory or Not, Kyrie Irving is Paying Tuition for a Sick Student at The Patrick School | Zagsblog
Follow @adamzagoria

Flat Earth Theory or Not, Kyrie Irving is Paying Tuition for a Sick Student at The Patrick School 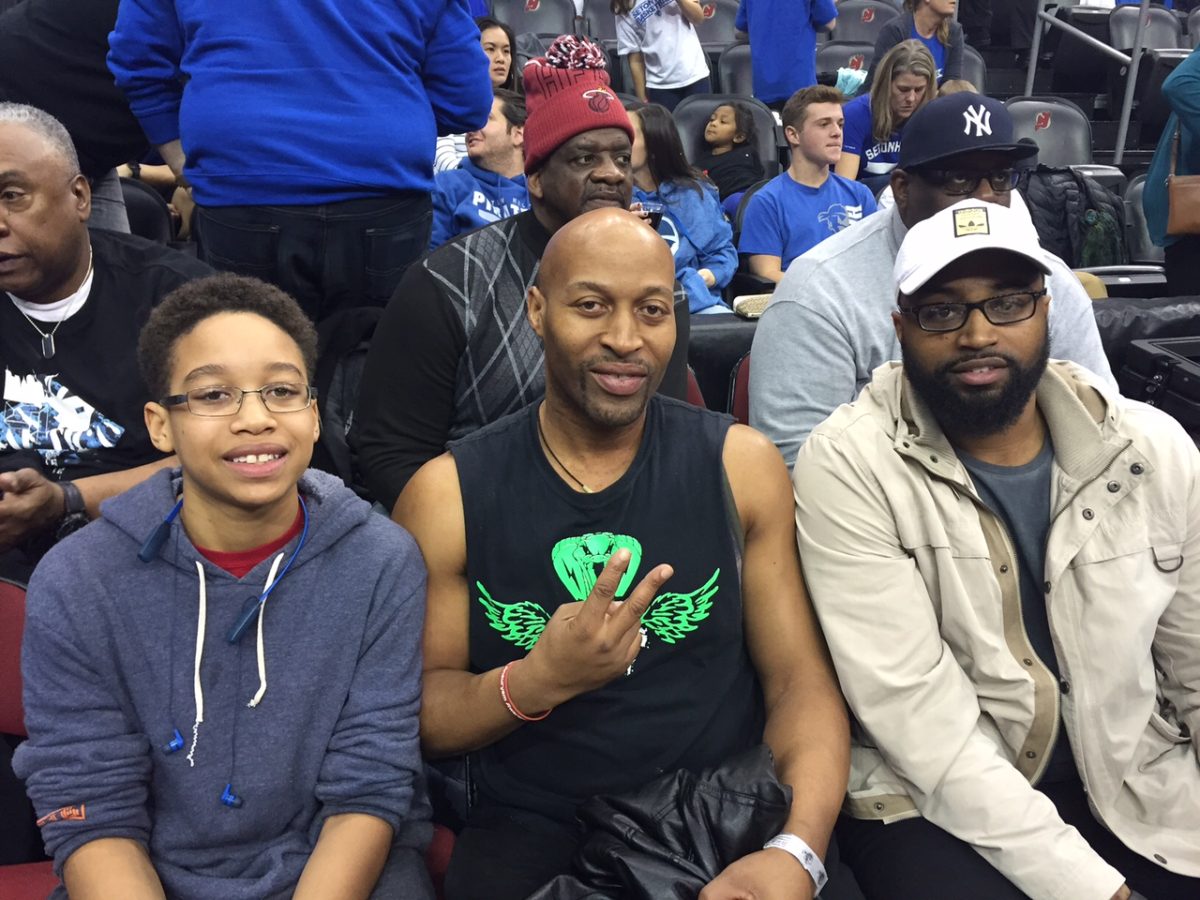 NEWARK — Whether he believes the Earth is flat or the Moon landing was faked, you can say this about Kyrie Irving. He continues to help students at his alma mater, The Patrick School, including paying the $11,000 tuition of 12-year-old Spencer Joyner, a seventh-grader who was diagnosed in November with pseudotumor cerebri, a debilitating condition that results in migraine headaches and can cause vision loss. Spencer sat courtside at the Villanova-Seton Hall game on Saturday at the Prudential Center, next to his father, Mel Joyner, and his AAU coach, Prophet Kates of the NY Jayhawks. Mel said when his son first walked into the Prudential Center, which had more than 16,000 fans in attendance, Spencer said, “Wow.” “It’s just great to have him out for the first time,” Mel added. Kates had arranged for Spencer to attend Seton Hall practice on Friday, but he was unable to attend “because he was under the weather.” He was feeling good enough to make the game, though. “Coach Prophet got me tickets and he got me able to sit here [behind the Seton Hall bench] and experience the college game, experience this, the fans and everything, the loudness,” Spencer told me. “And to be in this area, it’s really cool. I can’t wait to be out here in college. It’s really fun, a lot of noise.” Spencer hasn’t been to school since late November and told me last month it’s difficult for him to enjoy the simplest things in life, like walking, drawing or playing basketball. “I’ve been getting better,” he said Saturday. “I’ve been shooting at the park. I’ve been going out more, been walking more, exercising a little bit more, so I’m getting stronger a little bit.” He takes a drug called Diamox several times a day, “which is supposed to slow down the production of spinal fluid in the brain,” his father previously said. “I’m taking medication, exercising helps, eating healthier helps,” he said. “Not staying in bed as much, moving around.” Spencer sat next to several Patrick School recruits at the game, including senior point guard Jordan Walker, sophomore guard Al-Amir Dawes and junior big man Valdir Manuel. The team, which is featured in our new documentary — “The Patrick School: TOC or Bust” — visited Spencer at his home after Christmas. That is when Mel was first informed that Irving would pay his son’s tuition. “Yeah, they came to visit me, gave me good wishes,” Spencer said. “They said a prayer, came to my apartment. Jordan gave me sneakers. They gave me a basketball saying, ‘Get well.’ And they signed the basketball, and it was just really uplifting.” Spencer plans to meet with Patrick School principal and co-coach Chris Chavannes on Monday to discuss his future plans. “He’s missed so many months and we have to see if he can make up the work during summer school or whether he has to start seventh grade over again, which he only did two months anyway,” Mel said. Spencer hasn’t heard from Irving, who has yet to comment on the situation. “We haven’t heard from him but hopefully [Spencer] will get to meet him,” Mel said. Like Walker and many other Patrick School students, Spencer looks up to Irving and hopes to follow in his basketball footsteps as a combo guard. “He’s a hardworking kid,” Kates said. “He’s talented, real crafty guard. If everything goes well God willing, I could see him being one of the top guards in his class in the future. “His biggest thing is his mental focus and I I think that’s what’s helping him through this little time right now, so I’m looking forward to having him back.”   Follow Adam Zagoria on Twitter And like ZAGS on Facebook