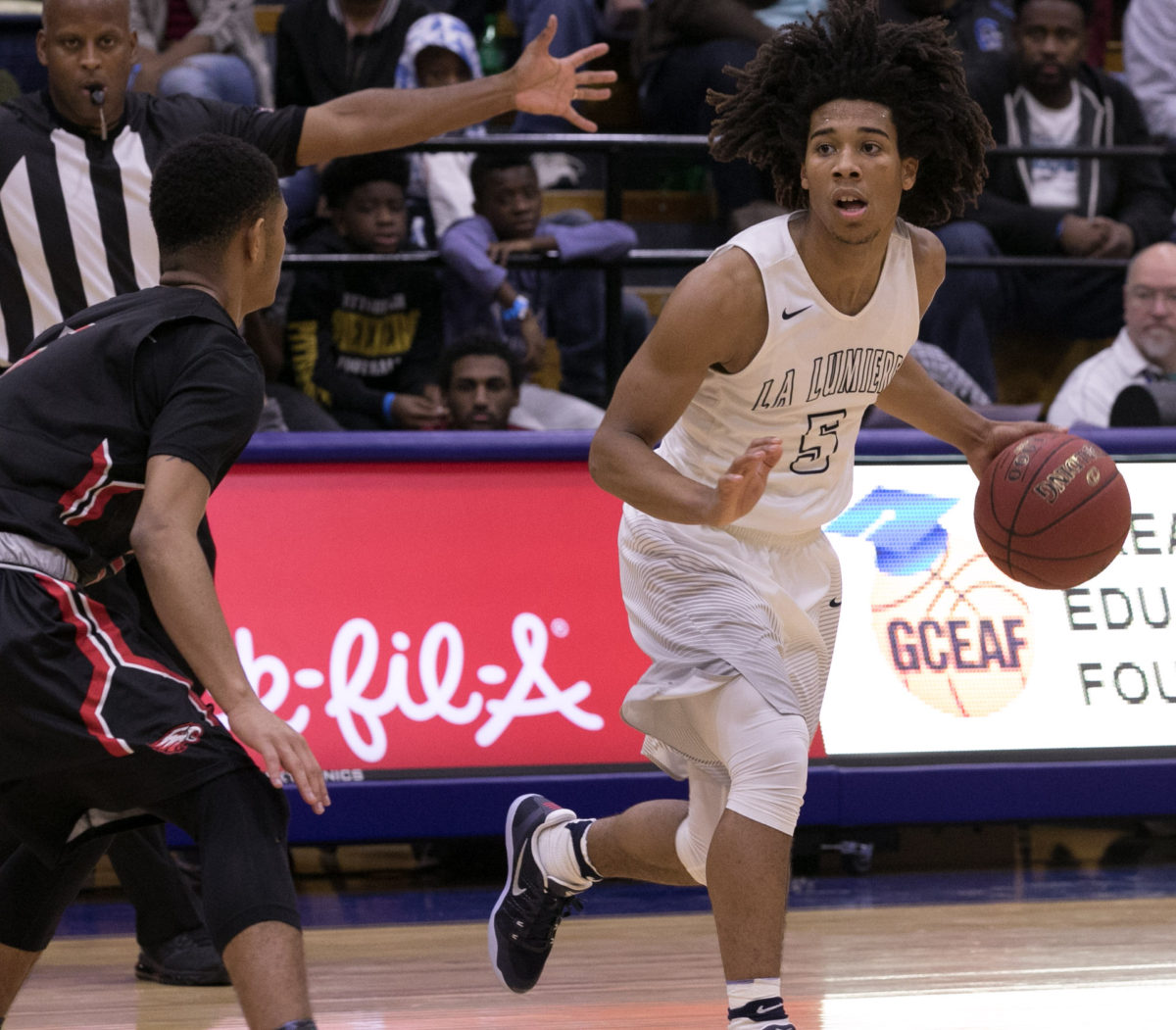 By JACK LeGWIN COLUMBIA, S.C.- There’s a great deal of talent in the Class of 2019, and Tyger Campbell is at the forefront. After leading La Lumiere (IN) to a Chick-Fil-A Classic Tournament title, the sophomore point guard said that playing alongside Brian Bowen, Jaren Jackson Jr. and Jordan Poole is a dream come true for him. “It’s amazing, man,” Campbell said after the win over Oldsmar Christian in the final. “When you’re a point guard and you’re playing with dogs like this, I just have to facilitate and get people going. Then when I do that, I can get going, so it’s really a great feeling. It’s great because this atmosphere is top level competition, I would really compare this to the EYBL.” Even as a sophomore, Campbell mentioned a couple schools that have really gotten on board early. “Michigan State, Alabama, Creighton, Tennessee, UNLV,” Campbell said. “I’ve got about 10 or so right now. When that time comes, I’m just going to make the best decision for me and my family.”

As far as looking towards the next level, Campbell doesn’t model his game after anyone, but he does enjoy watching certain players. “I really love the way that Chris Paul plays,” Campbell said. “He’s a smaller guy, Isaiah Thomas. What they do, and how they get going, as well as how good of leaders they are, I like watching that.” Having been a top-ranked player since he was very young, Campbell has competed against players that are much older than he is, and he says it has been a huge help to him. “It’s definitely benefited me,” Campbell said. “I was playing against older guys back then, and by the time I’m a senior, I’ll be playing against guys in college who are heading off to the league. It’s helped me playing against bigger, stronger guys.” Follow Jack on Twitter

Brian Bowen Closing in on College Decision in 2017