Quade Green Has Signed His National Letter of Intent, Will Announce Saturday for Syracuse or Kentucky | Zagsblog
Follow @adamzagoria

Quade Green Has Signed His National Letter of Intent, Will Announce Saturday for Syracuse or Kentucky 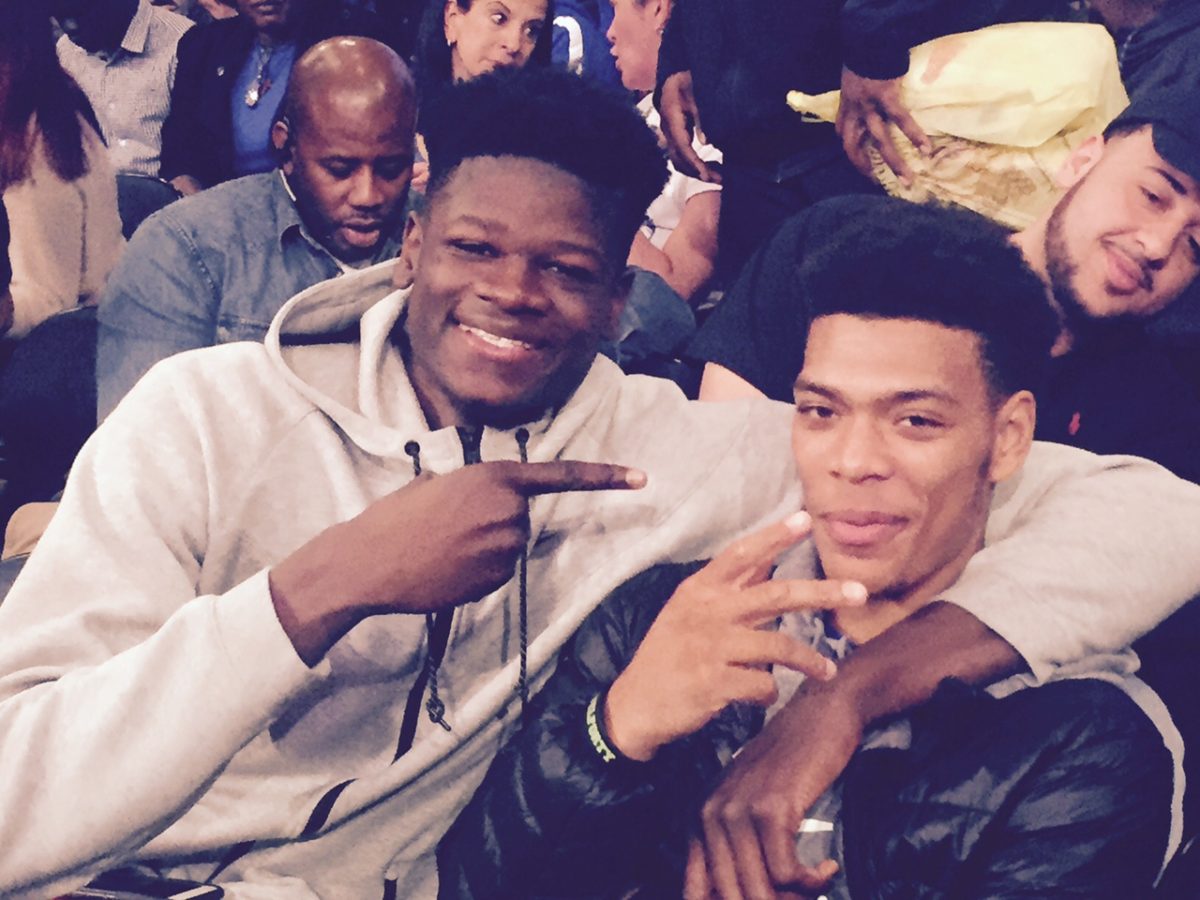 Quade Green signed his National Letter of Intent on Wednesday night — the last day of the NCAA early signing period — and has already informed his future team where he is going, a source with direct knowledge of the situation told ZAGSBLOG. The 6-foot-1 Green out of Neumann-Goretti will announce on Saturday night at his school for either Syracuse or Kentucky. Duke, Temple and Villanova, which were on his final list of five, are no longer in the mix, as Ben Roberts reported. The early signing period ran Nov. 9-16, but Green will count as part of the early signing period since he has already signed. Green was a guest of Kentucky on Tuesday night at the Champions Classic at Madison Square Garden when the No. 2 Wildcats beat No. 13 Michigan State, 69-48. He sat with Mohamed Bamba, a 7-footer who is Green’s teammate with the PSA Cardinals and who will sign in the spring, as well as Kentucky signee Nick Richards and other recruits. Knicks star Carmelo Anthony, who won an NCAA championship at Syracuse, also sat courtside. A second source said it was a brilliant move by Kentucky to leave tickets for the recruits at a neutral-site game. Green visited Kentucky for Big Blue Madness along with Richards and other recruits. “It was great, I loved it out there,” he told me recently of Kentucky. “Very beautiful. The campus was beautiful, the coaching staff was great with me. I like it a lot out there.” With Malik Monk, De’Aaron Fox and possibly Isaiah Briscoe all likely to leave after this season, Kentucky needs at least one more guard to go along with newly-signed combo guard Shai Alexander, and Wildcats coach John Calipari said the team will sign “five or six” guys. “Yes, I am a priority for them,” Green said. He added of Kentucky: “They put a lot of guys in the NBA so with them recruiting it made me feel like I’m a pro. They’re recruiting pros.” Still, Syracuse has been involved with Green for two years, long before he blew up this past spring and summer. He helped the PSA Cardinals reach the finals of the Peach Jam and won a gold medal with the USA U18 team. He picked up Duke and Kentucky offers in late June. “They love him,” Goretti coach Carl Arrigale said recently of Syracuse. “They have been on him for two years. They were on him before he blew up. So it’s kind of always a review of sorts when they are together.” Green paid a surprise visit to Syracuse last weekend for their season-opener, and visited along with St. Benedict’s Prep big man Bourama Sidibe, who will announce Monday and is considering Syracuse, Texas Tech and Oklahoma State, among others. Syracuse has prioritized Green at the point guard spot, telling other floor generals like Matt Coleman of Oak Hill Academy that Green is their top priority. “Syracuse called me and said, ‘‘Matt, we aren’t knocking your game. We love you, but we are going to focus on Quade because that’s our guy,’” Coleman said recently. “I’m their only priority right now, that’s what they tell me,” Green said recently of Syracuse. “One thing about Syracuse that stands out is they want me to be the man on campus. And the fan base is crazy, the alumni are crazy.” The fan bases of both schools will find out his choice — along with everyone else — on Saturday night. And like ZAGS on Facebook