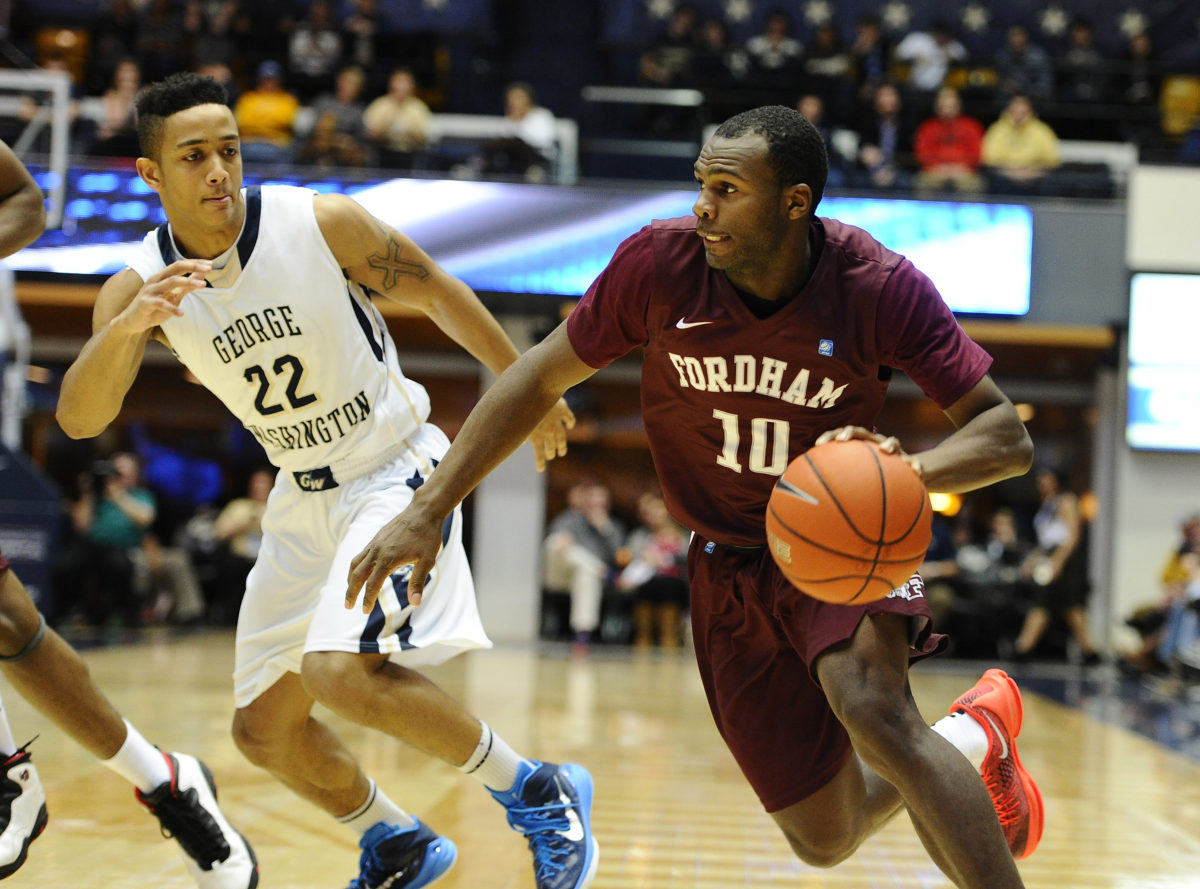 NEW ROCHELLE, N.Y. — Between them, Sam Cassell Jr. and Jon Severe have attended four high schools and four colleges. The two guards are a combined 46 years old. Yet they are exactly the type of seasoned college basketball veterans that Iona coach Tim Cluess and his staff have recruited — and been successful with — in recent years as the Gaels have reached the NCAA Tournament in 2012, ’13 and ’16. With former Iona star A.J. English now playing professionally in Italy and three other starters gone from last year’s NCAA Tournament team, the Gaels are now looking to Cassell Jr. and Severe for ball-handling, scoring and leadership. “Sam Cassell and Jon Severe are both playing well,” Cluess told me recently of the two graduate transfers. “It helps us with some leadership on the team with so many new guys because you’re not trying to break in a bunch of freshman who have no idea what it’s about. These guys have played against big-time teams in big-time games so they’ve been able to lead in practice, tell guys when they aren’t working.” The 6-foot-4 Cassell, 24, spent the last two years at UConn after playing one season at Chipola (FL) College. Before that, he attended three high schools before finishing up at Notre Dame Prep (MA). He actually committed to Maryland back in 2012 but was declared ineligible by the NCAA and headed to Chipola for a season. “I just wanted to get somewhere where I could play,” Cassell Jr., a Baltimore native and the son of the former NBA star, said of Iona. “I’ve watched Iona over the years and all the guys that came here and I felt as though the style they play matched my game.” Fueled by Cluess’ up-tempo attack that encourages players to shoot a good shot within the first 10 seconds of the shot clock, Iona averaged 79.6 points per game last season, good for 29th in Division 1 according to ESPN. The year before, Iona’s 79.6 points per game were tied for seventh nationally. “The style of play, I didn’t think it was this fast, but I’m getting adapted to it now,” said Cassell Jr., who averaged just 2.2 points last season at UConn in limited time. 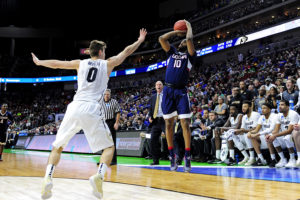 While Cassell Jr. can play the 1, 2 or 3, the 6-2 Severe can play the 2 and 3. “Sam can shoot at a really good rate, he has a nice pullup,” said sophomore guard Schadrac Casimir a Stamford, Conn., native who is healthy now after having two hip surgeries. “He can definitely help us instantly on the offensive end. And he’s a good leader, he comes from a big school in UConn. He knows what he’s doing. “And Jon just has that New York mentality. He’s going to go after you. He doesn’t care who you are, he’s going to go after you 94 [feet].” The 6-2 Brooklyn native averaged 7.6 points last season at Fordham and 6.7 the year before after tallying 17.3 per game as a freshman. After graduating early from Fordham, the former Christ the King star said he was attracted to Iona’s style, too. “It’s my last year and Iona’s my style of play,” said Severe, 22. “I just wanted to go out with a bang, get some wins under my belt, start off a new year.” He also likes the up-tempo style. “It’s more fun, going up and down and having fun,” he said. “Run up and down getting up shots.” Monmouth is the favorite to win the MAAC, while Iona was picked to finish third. But both transfers believe the Gaels have enough talent to get back to the Big Dance. “Yeah, we have a lot of pieces one to five,” Severe said. “The whole roster is good.” Said Cassell Jr.:  “Oh yeah, they lost a bunch of guys but they gained a lot of guys so I think we can get back to the tournament, yes.”