Despite No Guaranteed Deal, Ron Baker Hoping to Land Roster Spot With Knicks 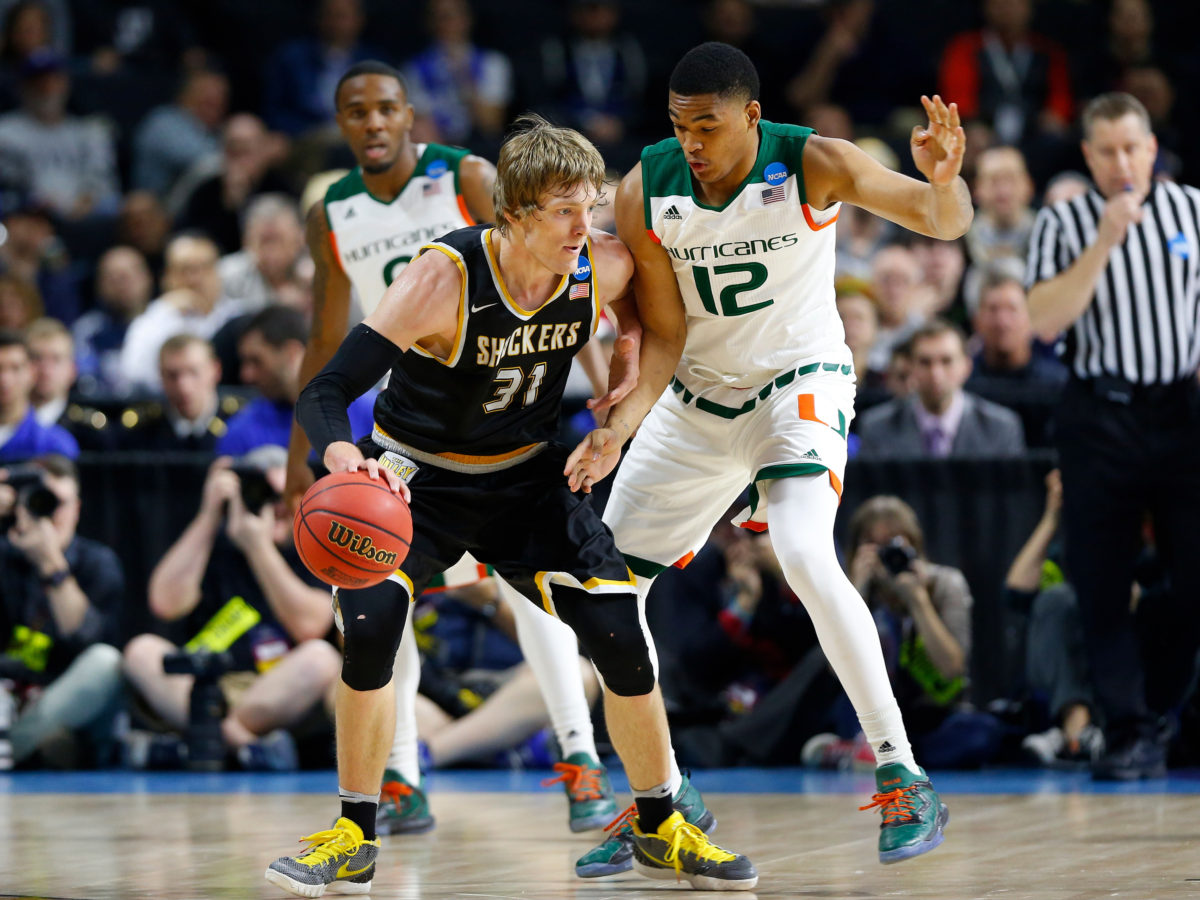 WEST POINT, N.Y. — When Ron Baker first signed with the Knicks this summer, he was hoping to pair up with his former Wichita State teammate Cleanthony Early, the team’s second-round draft pick in 2014. “We played two years together at Wichita State,” Baker told me Thursday at Knicks training camp at West Point. “At first we thought we both were going to be here.” But after Early was shot in the right leg during an attack in Queens last December, the Knicks did not bring him into training camp this year and he is currently out of the NBA. “We were a little disapppointed that he’s not here,” Baker said. “I saw him a couple weeks ago playing pickup in the city but I’m not sure on his status.” That leaves the 6-foot-4 Baker as the lone former Shocker in training camp, where he’s hoping to make the roster as an undrafted point guard with no guaranteed contract. The Knicks have Derrick Rose and Brandon Jennings as their top two point guards, leaving Baker and former Stanford guard Chasson Randle (also non-guaranteed) to battle it out behind them. (Veteran Sasha Vujacic, who does have a guaranteed contract, is yet another option at the point.) Knicks coach Jeff Hornacek emphasized Thursday that even though the Knicks have 15 guaranteed contracts, the franchise wouldn’t hesitate to take someone without a contract who impresses during training camp. “We have a lot of guys under contract,” Hornacek said. “And they’re all fighting for a place. No one’s guaranteed. The Knicks organization, I don’t think they’re afraid to cut a guy with a guaranteed contract if there’s another guy that’s better. So these guys are competing every day and there may be one or two of these guys that can make it, so you’ll never know.” Baker is hoping to be one of those guys. A tough, heady player, Baker averaged 14.0 points, 4.8 rebounds and 3.2 assists last season for a Shockers team that reached the second round of the NCAA Tournament, stunning Arizona along the way. “I think I just want to be efficient,” said Baker, who hit a three-pointer Thursday with the second unit. “Obviously, if they want me to play the point guard, I can. Just take care of the ball, make good decisions with the ball and take pride in my defense. And I feel if I guard the basketball and be in good position as a defender, I can help the team win.” Wichita State coach Gregg Marshall has no doubt that Baker could help the Knicks. “First of all, he’ll figure out a way to help them win,” Marshall said last Friday at the Brayden Carr Clinic at Prudential Center. “And that’s the bottom line. You want more points than the other team at the end of the game, and Baker does a little bit of everything very well. “He’s a natural two who can swing to the point guard position. He’s got great vision in transition. We picked up our pace a lot when he became the point guard because he was so good in transition, he could make the Magic Johnson-type crosscourt, diagonal pass. He’s big enough and he’s strong, he’s what I call ‘country strong.’ He’s got big hips, big shoulders, big hands and he plays strong.” Picking up the pace is consistent with what Hornacek is trying to do as he attempts to move the Knicks toward the position-less basketball that has become vogue in the NBA. Baker’s situation with the Knicks mirrors his situation heading into his freshman year at Wichita State. Like the Knicks, Wichita State had no room for him on the roster entering his freshman campaign. “We were going to prep him or put him in junior college,” Marshall said. “We knew that he was going to be a great player but we were out of scholarships.” Baker had offers from South Dakota State and Arkansas-Little Rock, but agreed to pay his way (with the help of some financial aid) and walk-on at Wichita State with the understanding that he would be guaranteed a scholarship after the first year. The fateful conversation where Baker committed to Marshall still brings back laughs to this day. “I’m calling him and basically I can’t hear him because of the wind and I ask him to step inside but said he was inside,” Marshall said. “That’s how hard the wind was blowing at his friend’s house. I could hear the wind indoors, and that’s Western Kansas. He’s tough and he’s a survivor.” “Marshall didn’t understand that Western Kansas and Central Kansas are like two different sides of the country, basically,” Baker recalled with a laugh. “I was on the phone with him and he could hear the hail hitting my house. I was in Western Kansas and he was in Wichita, where it was sunny and he was on the golf course.” Baker impressed enough during his freshman year to earn a scholarship for each of the next four years. “[Former Wichita State point guard] Malcolm Armstead said, ‘We gotta play with this guy,'” Marshall recalled. “He’s really good.” But because Baker was red-shirting his freshman year, he couldn’t play until the following season. Now even though Early is not with the Knicks, Baker has a chance to be. If he doesn’t make the team, he could end up with the Westchester Knicks, the club’s D-League outfit. “He loves the organization,” Marshall said. “He’s enjoying the experience and he’s been getting good feedback. “[But] there’s 15 guaranteed contracts and even us in athletics in Kansas can count to 15 so somehow it’s going to be difficult for him to make the team but I wouldn’t bet against him.” Follow Adam Zagoria on Twitter And like ZAGS on Facebook