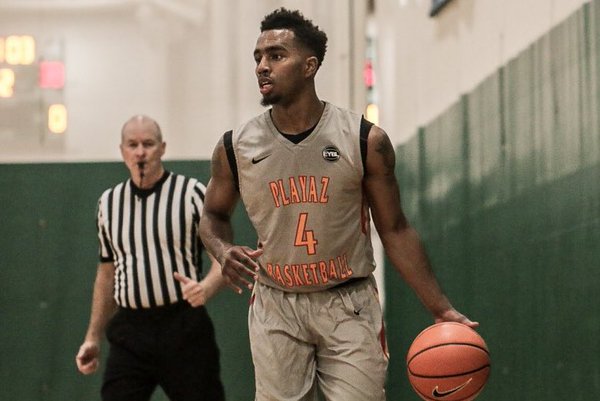 HILLSIDE, N.J. — One day after a home visit with Minnesota head coach Richard Pitino and assistant Kimani Young, St. Patrick’s senior guard Jamir Harris verbally committed to the Big Ten program. The 6-foot-2, 185-pound Harris, who runs with the NJ Playaz AAU program on the Nike EYBL circuit, is a natural shooter who will join St. Raymond’s point guard Isaiah Washington in giving Minnesota a talented and tough backcourt going forward. “I know Isaiah, he’s a real cool dude,” Harris told me recently. “I’m happy for him with his decision.” Stanford, Fordham, USC, Seton Hall, Hofstra, Old Dominion and Princeton were among the other schools recruiting Harris, with Stanford in to see him on Tuesday during an open gym. He was supposed to take an official visit to the Pac-12 school next month, but Minnesota closed the deal. “With his shot-making ability and great work ethic, Jamir will be a great asset and addition to the Minnesota program and the Big Ten,” Playaz coach Jamal Slappy said. “We couldn’t be more proud of his accomplishment.” Said St. Pat’s co-coach Chris Chavannes: “Jamir’s upside is his unbelievable work ethic which is second to none. He is now shooting the ball with more accuracy, speed and range. He has also developed into one of the best on-ball defenders in high school. He’s a great get for Coach Pitino.” Added Mike Rice, St. Pat’s other co-coach: “He’s one of the hardest workers I have ever coached. His ability to make a high percentage of perimeter shots and an elite level sets him apart. He’s a big part of why The Patrick School is where it is today.” Asked what role he will bring to college, Harris said: “Just whatever the coach needs me to be. If he needs me to play the one and make plays for others, or score on the wing, or score from the ball position, I can do as well. It’s whatever the team needs.” Follow Adam Zagoria on Twitter And like ZAGS on Facebook