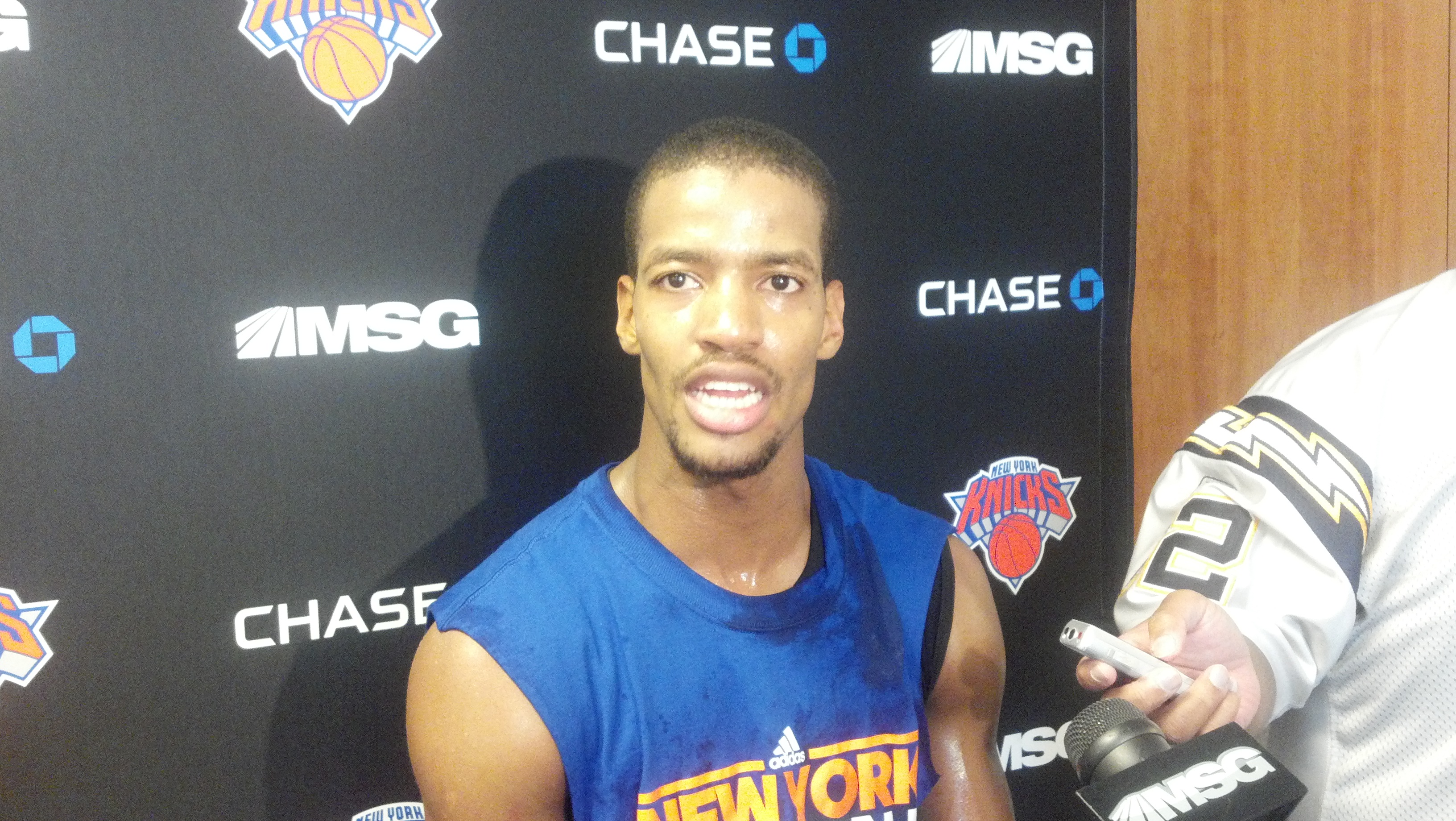 GREENBURGH, N.Y. — Kim English is no longer a Missouri Tiger but he has supreme confidence in his old team. “I can say this now that I’m gone but I expect them to win a national championship without a doubt,” the 6-foot-6 English said following a workout Thursday with the Knicks. “We should’ve at least went to the Final Four this past year and it definitely left a sour taste in a lot of guys’ mouth out there, but they should win a national championship. They’re the best team in the nation heading into next season.” In March, English and No. 2 Mizzou were upset by No. 15 Norfolk State, 86-84, in the first round of the NCAA Tournament. English had two points on 1-of-7 shooting in the game. But Mizzou coach Frank Haith has been active on the transfer market, adding Alex Oriakhi (UConn), Jabari Brown (Oregon), Keion Bell (Pepperdine) and Earnest Ross (Auburn). “They have Phil Pressey and Mike Dixon returning,” English said. “Lawrence Bowers, who was all-league as a junior, tore his ACL and couldn’t play last year. They have three really, really good transfers, Jabari Brown, Keion Bell and Earnest Ross, plus Alex, so they’ll be a really good team.” As for English, who averaged 14.5 points and 4.2 rebounds, he is projected to go mid-second round in next week’s NBA Draft. “We got a pretty good feel of what range, but I’m not a prima donna,” said English, a native of Baltimore who is repped by Leon Rose of CAA, which also reps head coach Mike Woodson and Carmelo Anthony. “I’ll work out for anybody, against anybody and team’s respect that. “I work out for Atlanta at [draft pick No.] 23 in a few days and I worked out for New York at 48. I worked out for San Antonio at 59, like I don’t care. Go anywhere.” The Knicks workouts are closed to the media but English, 23, said he played well and showed his defensive instincts. “Just the competitive nature defensively is what you would expect from a Mike Woodson team, and that’s what it was. We got after it. We competed. It was a really good, tough group. Tony Mitchell, Chris Johnson, Dominic Cheek, Quincy Acy, it was a real tough group. “So it was fun. It’s always fun to go against competitors.” Offensively, he said he patterns his game after Ray Allen and Rip Hamilton. “Whatever team picks me,” he said, “they’re going to get a really good shooting guard for the next 12 years. So I don’t care where I go, wherever I go I’m gonna stick.”