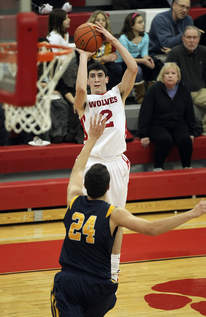 DePaul has landed a walk-on in the Class of 2012 by the name of Cory Dolins. Ordinarily, the words “DePaul” and “walk-on” might not constitute major news but what if I told you that the 6-foot Dolins is best friends with 2013 wing Jabari Parker, arguably the top player in that class and a future pro? “I haven’t really talked to him about colleges too much but I know DePaul’s on his list and I’m his best friend, so it might help a little bit,” Dolins told SNY.tv by phone. “But I’m not going to influence him. I don’t want to push him to make a decision either way, but if he goes to DePaul I’ll be extremely happy. “I hope he goes to DePaul but I’m not going to push it on him.” Dolins, a senior at Niles West High, also had an opportunity to walk-on for Tom Izzo at Michigan State or to attend a number of Division III schools. He chose DePaul because of its Honors Accounting Program and because he hopes to contribute on the court. “I’m a walk-on so I have to play hard and earn my playing time,” Dolins said of head coach Oliver Purnell. “If I work hard enough and become a better shooter and stronger, I’ll be able to play some minutes. He doesn’t know when but he says the best players play, so I just have to continue to work hard and lead by example.” He added: “The chance to play Division I basketball, it would be a dream of mine. I know I can play Division III but I would rather challenge myself and see what I can do on the Division I level.” As for his friendship with Parker, the two have known one another since fourth or fifth grade and remain tight. A Chicago Sun-Times article from January profiled their unique friendship:

Cory is white, Jewish and from north suburban Lincolnwood. Jabari is black, Tongan, Mormon and from the South Shore neighborhood of Chicago. ‘‘We have a lot in common,’’ Jabari said. ‘‘We don’t see color. We’re always helpful to others. We just bond together. There was just a real click when we first played with each other.’’

Who knows if DePaul or Michigan State would be involved with Dolins if he weren’t friends with the 6-7 Parker. But Dolins is a Division II or III-type player so it’s not out of the realm of possibility that those schools might be involved. 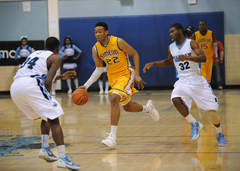 As for Parker, Dolins said his friend is considering, “Duke, Kansas, Michigan State, Washington, I mean wherever he wants to go.” DePaul is the local school for the Chicago Simeon star and Dolins hopes the team can continue to improve in the year before Parker heads to college. “I think next year we’ll definitely be better than we were this year and I think we’ll be able to improve,” he said. “We have a pretty young team and Billy [Garrett’s] going to come next year [2013] who’s also good friends with Jabari and he’s a great player so we have some pieces there.” DePaul was once a national basketball factor but has been a Big East bottom=-feeder for some time now. But if the Blue Demons were to somehow land Parker, the hope for the locals is that they could once again return to national prominence. “I haven’t been alive when they’ve been good,” Dolins said. “My dad said that back in the day they were really good. “Since I committed a bunch of DePaul fans have followed me on Twitter so I can see that they’re excited about the program and if we do well I think the whole town will be behind us.” Photo: Chicago Sun-Times